This year, the conference will have an online format.
Real-time meetings will be scheduled with Google Meet.
Participants must have a Google account or create one.

Cluj-Napoca is “the Heart of Transylvania”, a cosmopolitan European city and an important destination for business in South-Eastern Europe, a city with a remarkable potential for foreign investments. This western city in the region of Transylvania traces its origins back to the Dacian settlement of Napuca in the 2-nd century A.D. After the Roman take-over of Dacia, it was renamed Napoca and in 124 A.D., received the rank of "municipium". The city quickly advanced socially and economically and during Marcus Aurelius' reign Napoca received the title "colonia", the highest possible urban status in the Roman Empire.

All the papers, submitted in time, have been accepted. Use the following details for the payment:
Babeș-Bolyai University
Bank: Banca Comerciala Romana
Account number: RO16 RNCB 0106 0266 0470 0008
Swift code: RNCBROB

- You have mentioned "ERD 2020 conference fee" for the details of the payment;
- You have send the payment confirmation by e-mail at the following address: educatiedepartament@yahoo.com
- The payment is made until 26 of June 2020.

ERD-2020 Proceedings, will be submitted to be included in Conference Proceedings Citation Index- Science (Web of Science).

The conference ERD2016, ERD-2017 and ERD-2018 - EpSBS Volume, published in collaboration with Future Academy has been indexed in the Conference Proceedings Citation Index-Science (Web of Science). 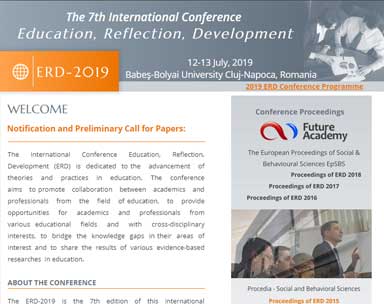 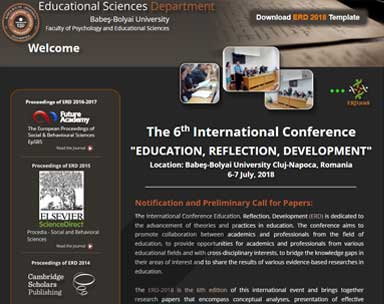 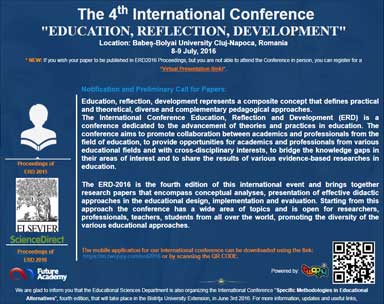 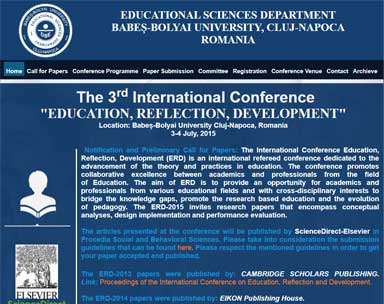